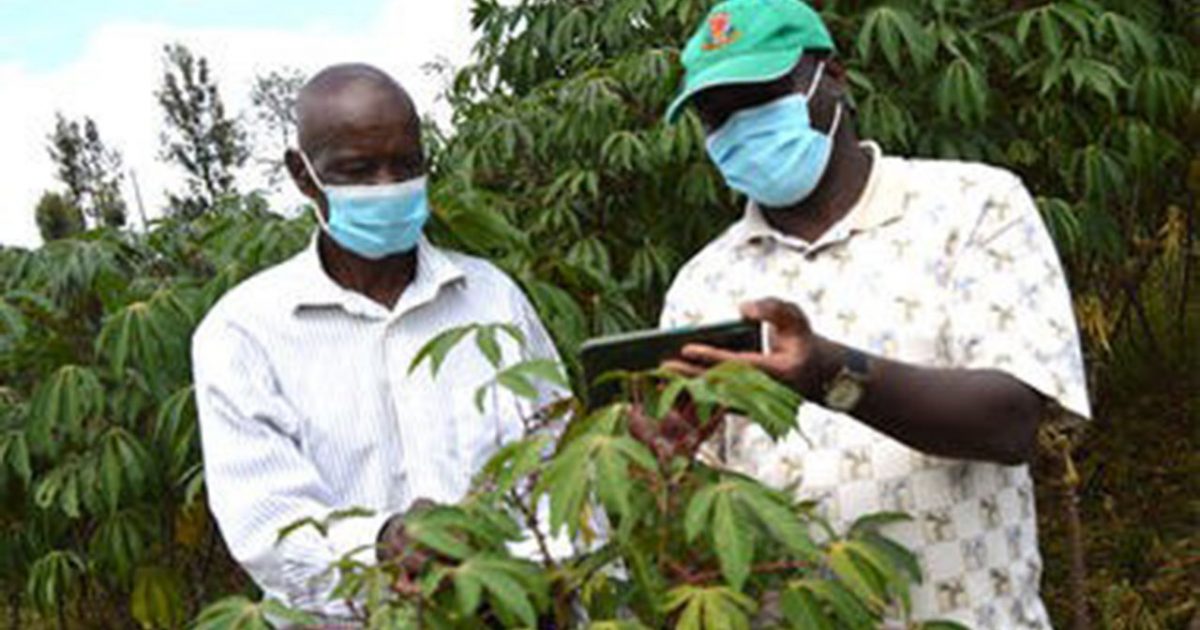 Egerton University is seeking to boost value addition for cassava, which is largely consumed as subsistence food in Eastern Africa’s rural households.

The programme funded by Community Action Research Project (CARP+), Regional Universities Forum for Capacity Building in Agriculture (RUFORUM) and the MasterCard Foundation also targets to create jobs, increase food and nutrition security, as well as improve cassava quality, productivity and its marketability both locally and abroad.

Dubbed, Cassava Value Chain Upgrading (CVCU) for secure food, nutrition, income and resilience of smallholder farmers in the arid and semi-arid lands of Nakuru County, the project is currently incorporating 6,000 small holder farmers in Njoro, Lower Subukia and Solai Sub Counties. It is envisioned that the initiative will eventually spur growth of cottage industries in areas where the food crop is cultivated across the country.

Principal Investigator Prof. Richard Mulwa said rural communities in the targeted areas were set to benefit from the value addition chain training since the project will engage in market-oriented agriculture, where cassava growers will be linked to industrial manufacturers.

He said through the venture, value chain training in production, processing and marketing of cassava-based products, its breeding, as well as food science would be incorporated in Technical and Vocational Education and Training (TVET) students, women and youth groups, as well as farming groups.

Prof. Mulwa who is the varsity’s acting Deputy Vice-Chancellor for Administration, Planning and Development, indicated that the general objective of the project is to contribute to improved food, nutrition and income security of smallholder farmers through innovations in the cassava value chain.

“Cassava has a huge unexploited potential as raw material for a wide array of value-added products, from coarse flour to high-tech starch gels. Modified cassava starch can be used in the manufacture of alcohol, animal feeds and baked products. In advanced technologies the crop is an important base in the manufacture of plywood, paper and textiles.

These are some of the industry players that we will be linking our cassava farmers with. We are also very keen on the quality of cassava raw material churned out by growers,” stated Mulwa.

Prof. Mulwa said progress has been made in the fight against CBSD, including the identification of a Tanzanian variety of cassava that is resistant to the disease.

He revealed that five varieties have been identified that are best suited in the targeted regions in terms of yield, fast maturity and low cyanide levels.

“We are now in the process of transferring the resistance genes of the Tanzanian variety to the locally adapted breeds using molecular marker-assisted techniques. These new varieties will be a gem to farmers once certified for bulking and distribution,” the Principal Investigator pointed out.

He said cassava is central in terms of food security and is also in high demand among beer makers because of its starch ingredient while value addition will ensure farmers put food on the table and make money by selling the products.

“In the past East Africa Breweries Limited (EABL) has been one of our major industrial partners in cassava projects. Jointly with EABL we have been exploring possibilities of brewing high quality beer from cassava. Kenyans should embrace cassava production. Apart from being consumed as food, the same is also a much sought-after raw material for production of many other industrial products,” explained the Professor.

He indicated that towards making the initiative a success story, the University is breeding varieties that are resistant to cassava mosaic disease and cassava brown streak disease that will be distributed to women and youth groups. The conventional cassava takes 10 years to breed (research and trials before bulk distribution to farmers for planting), but the scientist hopes the new variety will take half the time.

“We have developed 29 cassava varieties out of which 7 varieties mature within six months. Egerton University’s Food Science Department has been mainstreamed to work with farmers particularly women and youth groups in value addition. The department is working on an animal feed formula that incorporates Acacia pods, the infamous Mathenge (Prosopis Juliflora) weed with cassava as a base. This skill will later be transferred to farmers”

The University has also established 9 cassava varieties sites in the three Sub Counties of Njoro, Lower Subukia and Solai.

Against a background of a ban on plastic bags, the project is rooting for production of biodegradable packaging materials from cassava. Professor Mulwa says ongoing research has established that cassava can be transformed into a biodegradable green paper which is not only environment-friendly but also enables food to be stored for a long time.

“Use of cassava to produce biodegradable paper bags will not only ensure environmental protection, but also steer agriculture from low-productivity enterprises to high-productivity commercial production. We are in the process of engaging key industrial players towards achieving this objective.

“Cassava has a high production per hectare and does well in drought conditions. It can help the country ease pressure on maize.

We are working overdrive to ensure that the tuber is adapted by farmers from regions across the country which have majorly been concentrating on maize and wheat farming for a living so as to promote mixed farming. These areas have experienced acute attack of army worms too which leads to low yields during harvest season.

Cassava’s higher tolerance threshold to a variety of stresses such as water and heat, water salinity and emergence of new pests holds the key in addressing sustainable food and nutrition security. It will strengthen resilience to climate change, create employment opportunities and increase incomes for small holder farmers” said the Principal Investigator