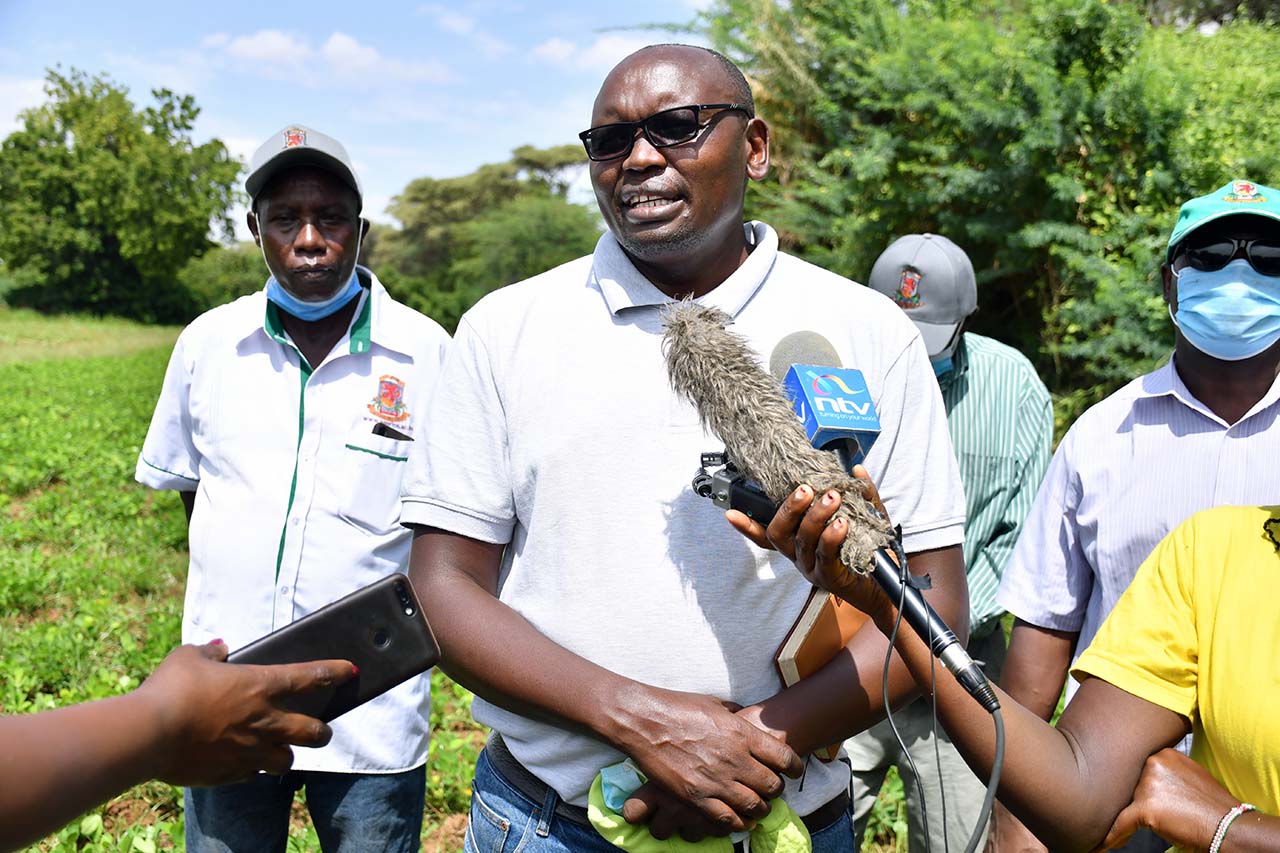 In Kenya, groundnut farming has been a domain of small scale farmers in the western parts of the country however, Egerton University, in collaboration with the Food and Agriculture Organization of the United Nations (FAO), has been working on bringing the crop to farmers in Turkana County.

Since 2019 the two organizations have been training farmers on the groundnut value chain, and by the end of 2022, it is expected that over 3,000 acres will be under groundnut production with over 10,000 farmers engaged in the Project.

Where the journey began

Egerton University researchers developed and registered the Ndovu and Mwangaza groundnut seed variety for commercialization in Kenya in 2019 with support from the Centre of Excellence in Sustainable Agriculture and Agribusiness Management headed by Prof. George Owuor and a team of researchers from the Faculty of Agriculture. The improved seed varieties are suitable for production in arid and semi-arid areas of Kenya. 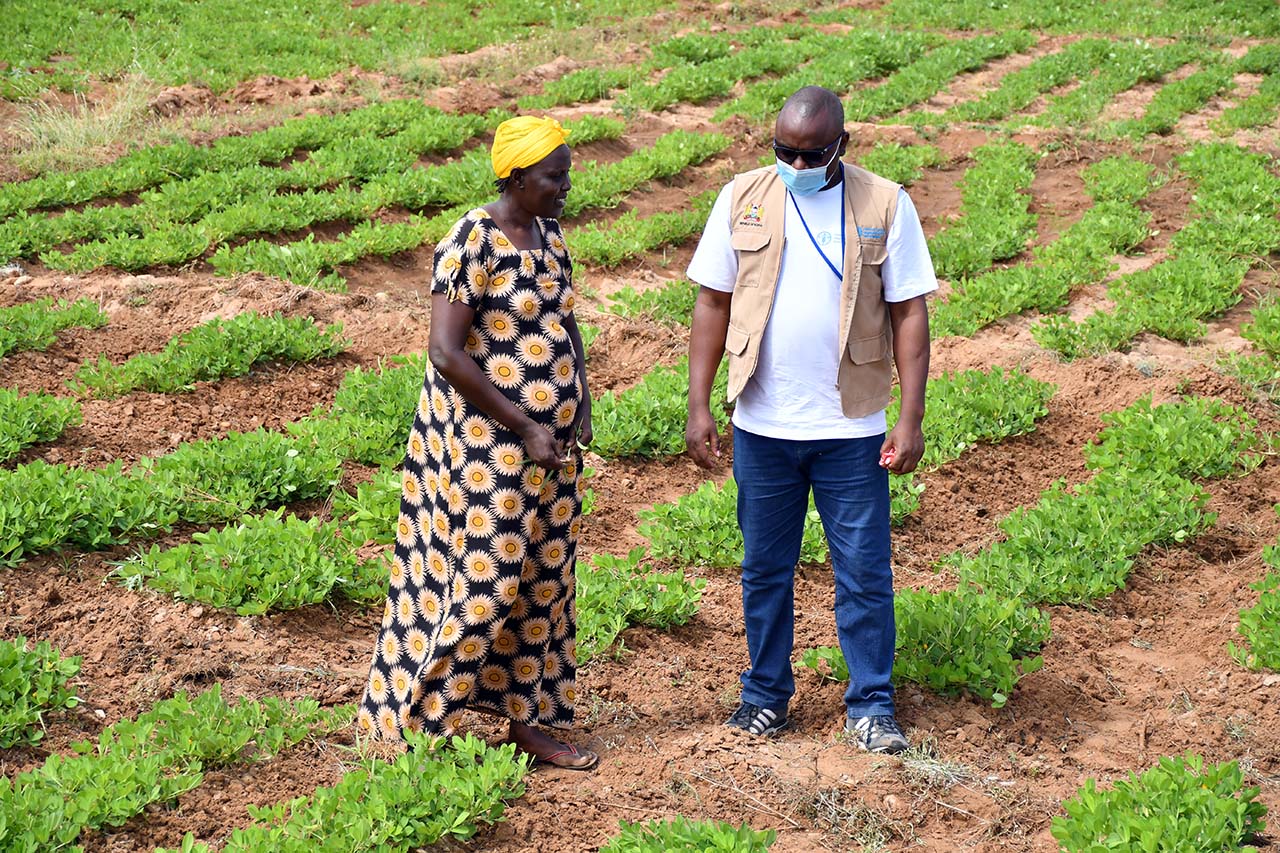 Agnes Esinyen (on the left), one of the farmers from Loima sub county in Turkana who have embraced groundnut farming as a means of improving community livelihoods and nutrition.

Through funding from the Dutch-based IKEA Foundation and the support of FAO, the AgroPark team initiated the Refugee Groundnut Agricultural Value Chains for Economic Self-Reliance (RAVES) project in Turkana County. The RAVES project identified the groundnut value chain as a potential crop for sustainable income generation and nutrition security for both the host and refugee community (source FAO website).

According to Prof. Paul Kimurto a crop scientist at the Faculty of Agriculture and Director Marketing and Resource Mobilization & Agro-Science Park, the new groundnut varieties were introduced and processed at INSTA Foods Ltd, Chandaria Industries, to supply multi-nutrient deficient kids and mothers in refugee camps in the County.

The focus was on Kakuma Refugee Camp, Kalobeyei Refugee Settlement and host communities where United Nations High Commissioner for Refugees (UNHCR) imports six million kilograms (6000 tons) of groundnuts annually from Argentina for processing at INSTA Foods Ltd, Chandaria Industries for supply to multi-nutrient deficient kids and mothers in the camps.

During the project launch, FAO Representative to Kenya Carla Mucavi noted that agriculture is undoubtedly the key driver in transforming the lives and livelihoods of refugee and host communities in Turkana County.

While signing the MoU on the Project implementation between Egerton University and the FAO, the Deputy Vice-Chancellor (Research & Extension), Prof Bockline Bebe said that the University would continue supporting counties in improving several value chains, especially in arid and semi-arid areas (ASALS).

The implementation of the RAVES Project necessitated the development and launch of the Turkana County Groundnut Production Strategy 2022-2027 on 1 December 2021 in Lodwar. The Strategy will allow Turkana to place over 18,000 acres under groundnut production with an expected annual output of 12,000 tonnes and earnings of USD 2.5 million per year. 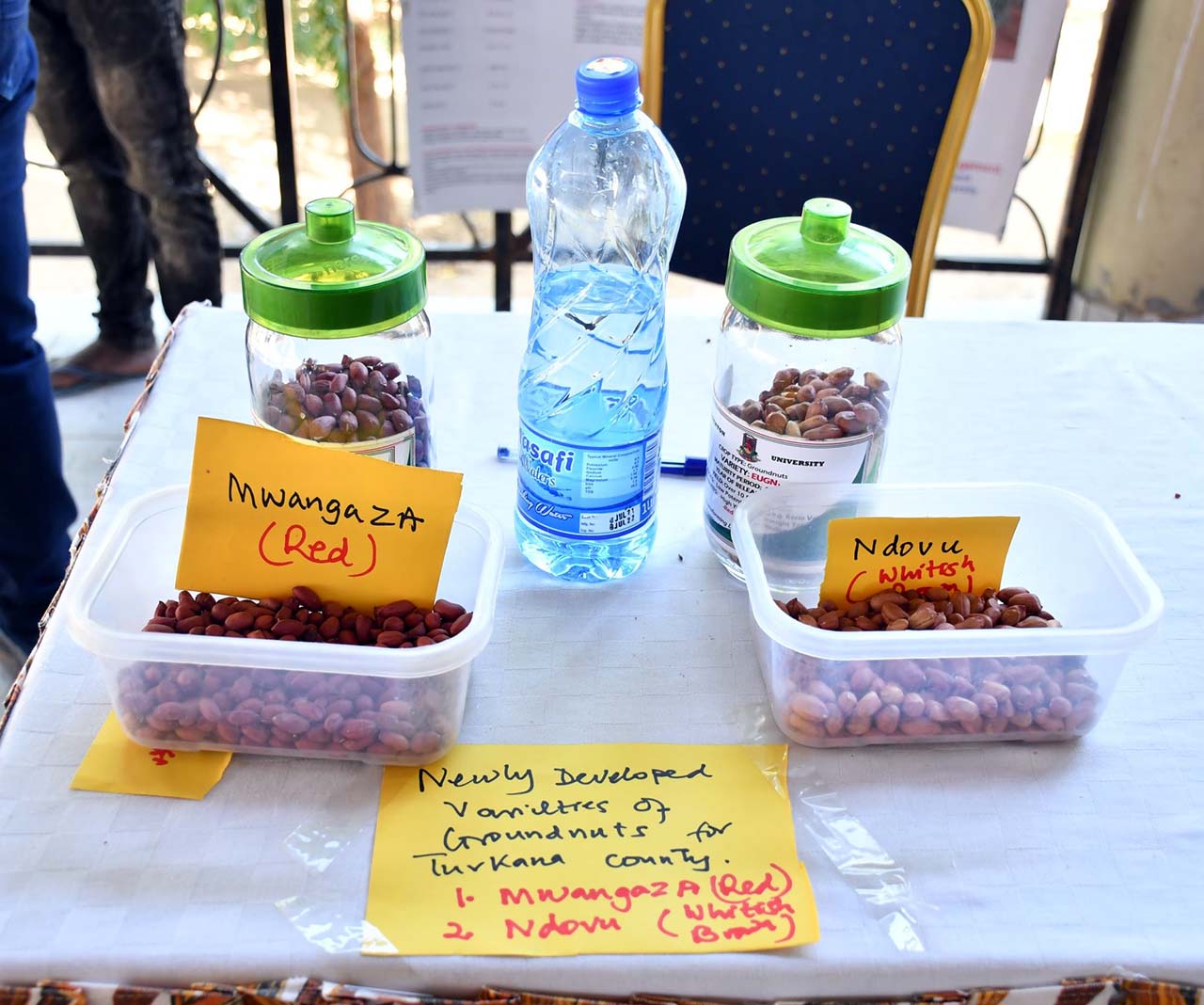 The Ndovu and Mwangaza improved groundnut seeds varieties on display during the launch of the Turkana County Government Groundnut Strategy in Lodwar on 1 December 2021. Egerton University researchers developed the improved seeds for production in arid and semi-arid regions of the country. The Strategy will transform groundnut production by ensuring farmers are equipped with skills required in groundnut production, availability of high yield seeds, farmer-industry linkages and development of water infrastructure for production.

Speaking on behalf of the Vice-Chancellor at the launch of the Strategy, Deputy Vice-Chancellor (Administration Planning & Development) Prof. Richard Mulwa said that through the groundnut project, the FAO, private sector, Egerton University, and Turkana County had shown strong synergistic abilities and expertise which need to be strengthened and marketed.

Turkana County Governor Josphat Nanok said that the County is committed to ensuring the Strategy's success, and it will continue to invest in the improvement of the various irrigation schemes throughout the County.

FAO Representative to Kenya Carla Mucavi said that the Project would position Turkana County to become a leading producer of groundnuts in Kenya. The groundnut strategy was in line with FAO's mandate to improve nutrition, increase agricultural productivity, raise the standard of living in rural populations and contribute to global economic growth.

Before the Strategy launch, the team toured Kalemunyang, Nanyee and Kang’alita Irrigation Schemes in Loima sub-county where they assessed progress by some of the farmers who had taken up groundnut production.

One of the farmers, Agnes Esinyen, said that groundnut farming is more profitable and beneficial to families facing the threat of malnutrition in the County. As a community facilitator, she is training more people adopt farming in the irrigation schemes.