Richard Mbaria makes a point at his potato in Kapsita village of Nakuru County, Kenya. The farmer has increased his production per acre thanks to training by a CARP+ project implemented in the area by Egerton University. Credit: Maina Waruru/IPS 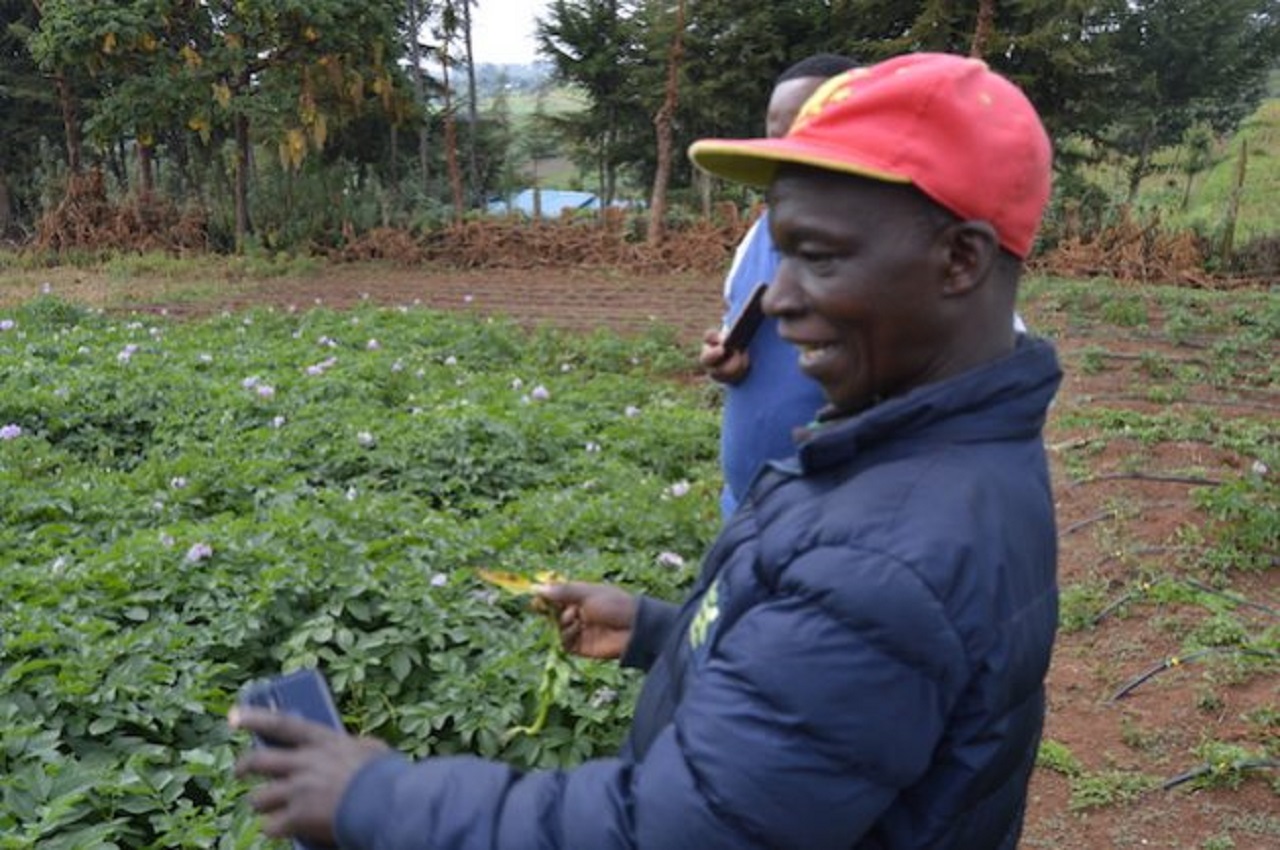