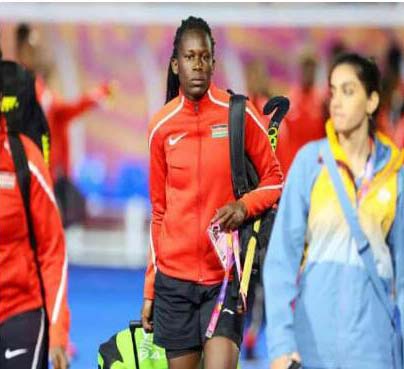 Egerton student, Ms. Quinter Achieng Okore, was part of the Kenya women's hockey team (The Blades) that represented the country in the 2022 Commonwealth Games in Birmingham. She was the team's goalkeeper.

The Blades were drawn in a tough pool that included defending champions New Zealand, Australia and Scotland. Though the Kenyan team was eliminated from the games having lost to the three giants, they put up a brave show considering this was Kenya's debut in the women's hockey category.

Ms. Okore also plays for the Egerton Hockey team known as The Egerton Sharklets. She is a Fourth Year Bachelor of Science (Double Mathematics) student.

Ms. Okore has anchored The Sharklets in several major competitions, including the recent national play offs held at the Taita Taveta University.