Egerton Radio will host 15 journalism interns who have been selected and placed at the station under the Media Council of Kenya (MCK) paid-up internship programme.

The programme that will see the MCK pay the interns Ksh. 15, 000 per month to meet their expenses, was launched in November, last year. Apart from training, the programme is aimed at strengthening relations between the MCK and the media industry.

“In line with our mandate of setting standards and ensuring compliance with those standards, MCK has seen the need to set up infrastructure and to extend support to promote and strengthen working relations between the media sector and training institutions in Kenya”, MCK Chief Executive Officer, David Omwoyo said in an earlier statement. 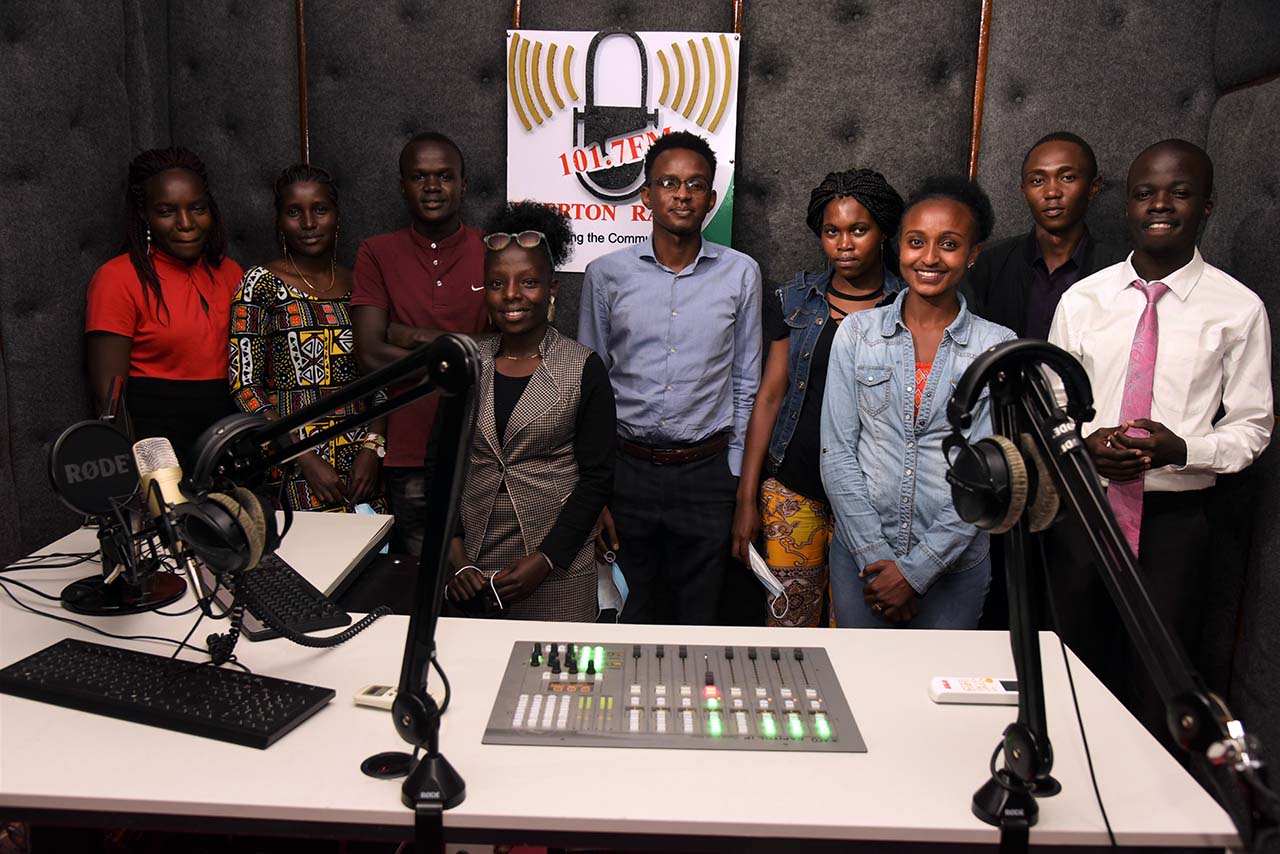 A section of the interns that have reported at Egerton Radio under the MCK programme. They will be trained on various skills such as radio news writing and presenting, radio feature story writing among others.

The interns who reported on Monday, January 24, will be at Egerton Radio for the next three months and will get practical exposure on various areas including radio news writing and anchoring, radio feature production, radio live programming among other areas.

Egerton Radio is the media house that has accepted the highest number of interns so far among all the media houses that have entered into agreements with the media regulation body on this programme.

“We are ready to offer the necessary skills to the interns,” Egerton Radio’s in-charge Kioko wa Kivandi said following the placement.

“I am elated by the step taken by the MCK to partner with media houses to bridge the gap between training institutions and the industry by providing upcoming media practitioners with an opportunity for hands on skills in preparation for the work in the industry,” Daniel Kipchumba, a Journalism Trainer at Egerton Radio added.

Below is the full list of the interns and their institutions.